Oryol: Serpent woman of the epic Ibalon of the Bikolano 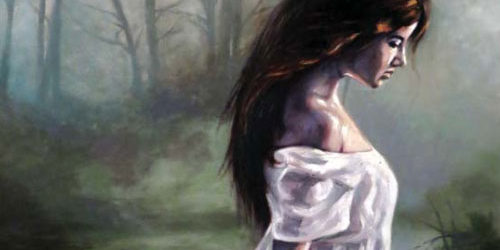 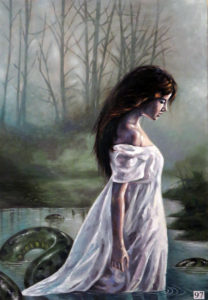 Oryol by Emil Aldrine B. Alarcon

In one episode of Ibalon, Handiong faces a dilemma when an adversary turns out to be an equal and a seductress, making her a formidable enemy. When he arrives in Bikol, Handiong vanquishes many monsters and wild creatures save for one. De- spite all his efforts, he fails to defeat Oryol, who is sometimes a serpent and sometimes a woman. Even when Handiong binds her over a thousand times, she scoffs mockingly at him and unties the knots. Oryol entices Handiong who would search   the forests for her. Seductive as well as deceitful, she thwarts his labors and interferes with his battles, although there are times when she helps him destroy other beasts infesting the place.